CELEBRATED artist Gerard Burns proved he was a man of his word when he staged a Manhattan transfer with First Minister Nicola Sturgeon today.

The Glaswegian painter hung his international Brush With Inspiration exhibition in Easterhouse Shandwick Square Shopping Centre – inspired by an interview with the Daily Record.

Last month we reported how our meeting with Gerard during his show at Glasgow Caledonain University’s campus in New York’s trendy SoHo during Tartan Week this year prompted a pledge that he’d hang his work in the middle of the socially-challenged Glasgow scheme.

And yesterday the First Minister joined hundreds of shoppers in Easterhouse who turned up to see Gerard’s work.

She said: “It’s fantastic that Gerard has brought his work to Easterhouse. Art shouldn’t be something we only see in galleries. It’s about putting it into communities and getting people engaged with it, making it part of their everyday lives and being able to enjoy it. This was an inspired idea from Gerard and the Daily Record and I’d like to see it happening elsewhere.

Easterhouse local Susan Burns, a health care assistant, said: “Gerard’s from Glasgow, and okay, he’s been to New York with his paintings, but these are the real people he’s dealing with here. It’s brilliant what he’s done. And I love how he has captured people’s emotions with the paintings.”

Gerard said: “There was a woman who came in this morning who burst into tears because she couldn’t believe where these paintings have been and who has got to see them there. The First Minister being here was a bonus, but that moment is what this whole thing was about. The point was about questioning what people think is an appropriate venue for art.”

There was cheering and heckling from the crowd when the First Minister appeared, and several Easterhouse locals took the opportunity to chin the leader of the Scottish Government for issues like the lack of public toilets in the shopping centre.

But the SNP leader was greeted with a surge of selfie requests and questions about politics from hundreds of Glasgow school pupils.

Pupils from Lochend Community High School and and local primary St Benedict’s were among hundreds to visit the centre throughout the day, which also featured a performance from female comedy troupe Wisterface.

Lochend Secondary art teacher Siobhan McMahon said: “This is really important for our pupils, because it’s giving them an opportunity to speak to a successful Glaswegian artist on their own territory, see his art and ask him about it.”

Shopping centre manger Renia Tysler added: “This was a fantastic opportunity for Easterhouse and it was great that Gerard was bringing his work back to the people. You don’t need to be a certain type of person to appreciate art, and the faces in the paintings are ones which are recognisable to the people who have come to see them.

“Easterhouse has had trouble with its reputation over the years but there’s so much good stuff going on in the communities here and this is a great example of that.” 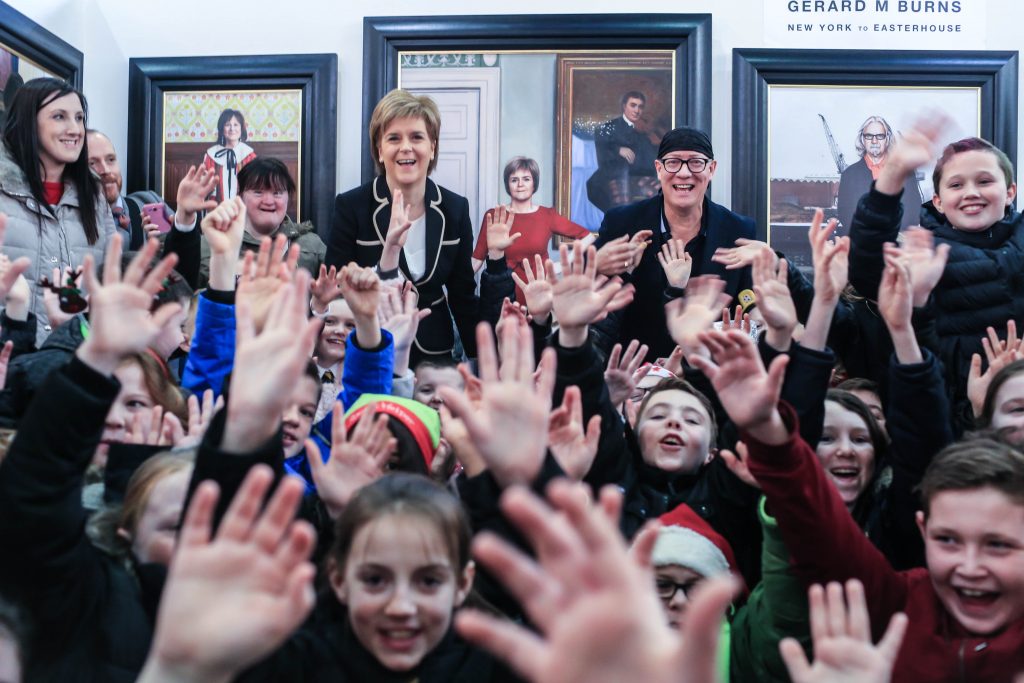 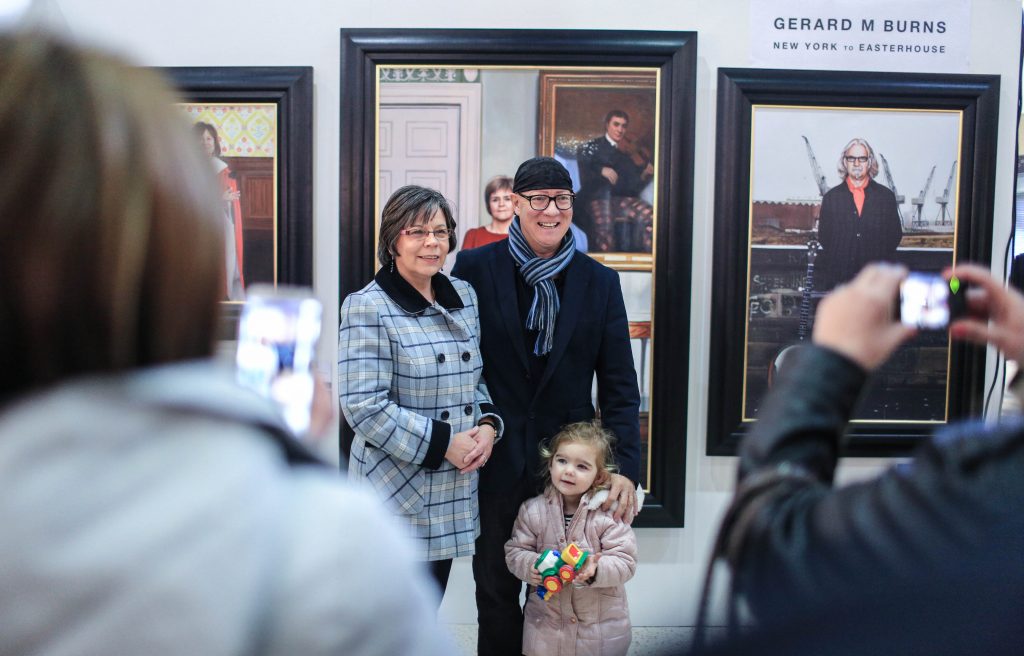 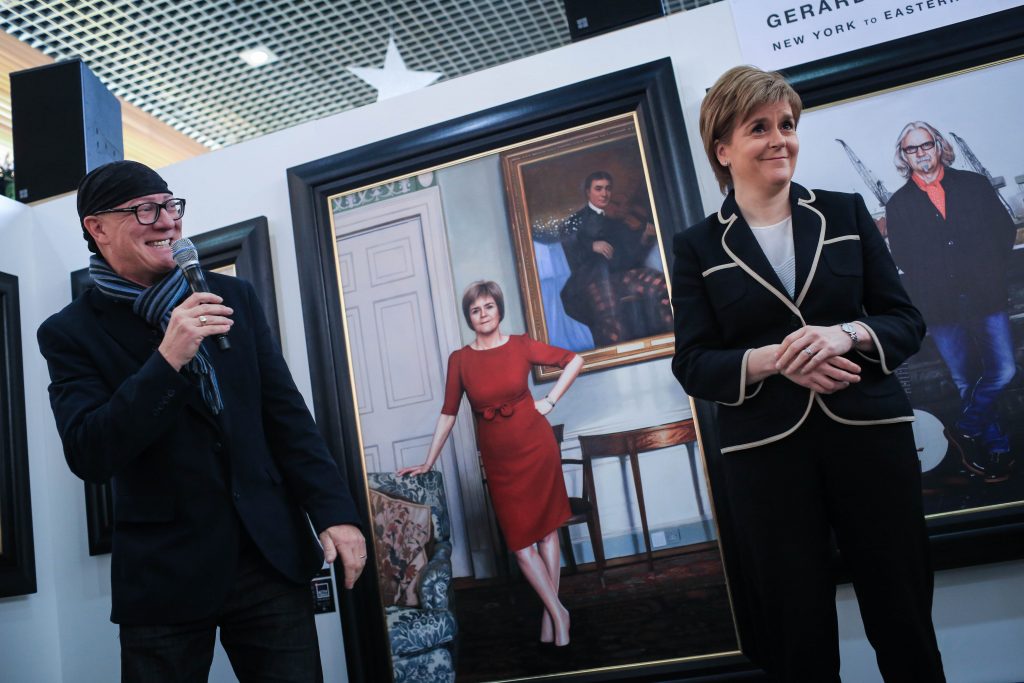 Tartan week: Gerard Burns is toast of New York but artist wants his paintings ‘to be hung up in Easterhouse’