Born in Glasgow in 1961, Burns graduated from Glasgow School of Art in 1983 with a degree in Fine Art. Drawing and Painting have been his passion since childhood. He shared this enthusiasm throughout his teaching career, later leaving a successful post as principal of art at St Aloysius College Glasgow to pursue his painting full time. Since 1999 this commitment has resulted in his current standing as one of Scotland’s most respected artists.

His growing client base varies from A-list celebrities to prominent members of business communities in the UK, Canada, Europe and the USA who collect his work for both personal and corporate folios. His paintings, most noted for their modern day translations of traditional themes, grace homes and workplaces worldwide. One of the best known examples example of his work is “The Rowan” which former Scottish First Minister had hanging behind his desk at the Scottish Parliament for the duration of his tenure. in 2016 his portraits of Former First Minister Alex Salmond and author Denise Mina were entered into the permanent collection at the Scottish National portrait gallery, and his portrait of politician Margo McDonald was installed permanently in the Scottish Parliament.

Working with a bold palette on a massive scale his canvases still manage to convey an almost domestic intimacy… possibly because he paints what he knows. Relatives, friends and neighbours are all used as models and are painted in the rich, ark tones which reflect his environment. As the artist says ‘I am attempting to reclaim a more traditional approach to painting….my goal is realism, but it’s by increasingly abstract means that realism is attained.’

For those coming to Gerard’s work for the first time it is worth taking into account that although we are presented with an image which could be described as representational, even photographic, each of the various pictorial elements also contains a deeper symbolic meaning. Whether it is wolves prowling around the legs of a small girl, a pinstriped figure on a high wire suspended above the city, a young woman standing at a water’s edge, or a child leading a black horse through a winter wilderness, each combination is intended to provoke in us an ‘emotional response’, a sense of place, a feeling almost that we “have been here before”… in essence that the whole becomes far greater than the sum of its parts.

It is fair to say that in terms of the choice of subject matter, and sheer strength of his technique, Burns has no peers. He is ploughing a lone furrow straddling the world of representational painting and the world of conceptual art and the simple fact of the matter is, that with greater awareness of his talent, so his fan base grows. 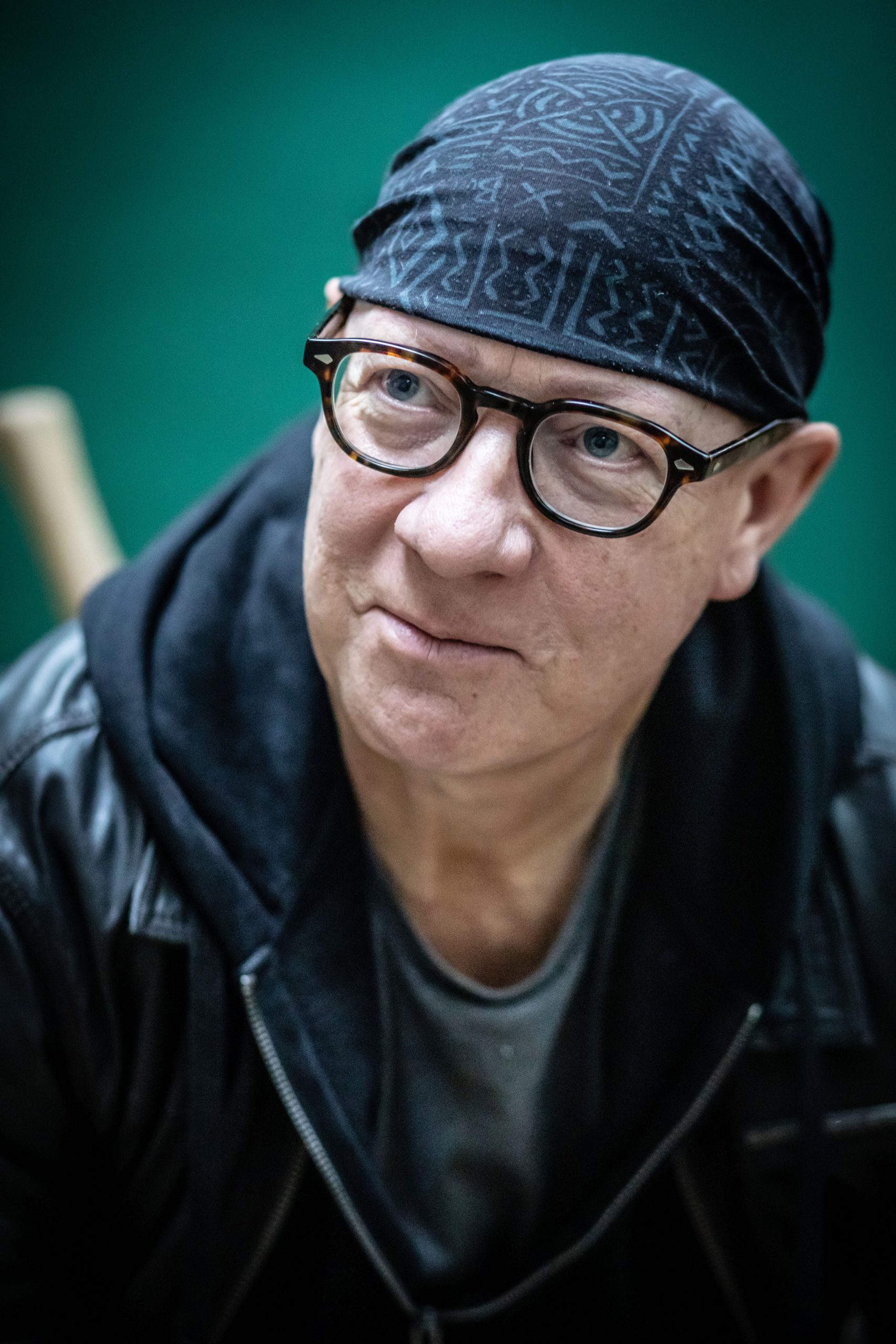