Gerard was first contacted by Jim Sillars to ask if he would be prepared to make a portrait of Margo not long after her death in 2014.

During the Scottish referendum funds had been raised to put a “Margo mobile” on to the road in which Jim traveled round the country campaigning for independence. After the referendum a certain amount of money was left over and when Jim contacted Gerard he suggested that this money should be used to pay for a portrait, which they were hoping would be installed in the Scottish parliament as a permanent memorial to this much loved Scottish politician.

Gerard accepted the commission but refused to accept any payment.

“There are some things you do for money, and there are some things which are not about money.” I felt in this case being give the opportunity to paint this portrait was a very great honour and to have accepted payment would have changed the nature of the endeavour in my mind. I said as much to Jim and suggested that whatever money was left over he should donate to charity.

Without a doubt this was one of the most difficult commissions I have ever undertaken, primarily because the painting was made posthumously. For me a very important part of any portrait is the opportunity to spend time with the individual, to watch the way they stand, sit, how they speak, and to then begin to take photographs based on those observations which form the basis of the finished portrait. In this case however I sadly never had the opportunity to meet Margo, so the painting had to be made from second hand resource material. Something you would imagine, given Margo’s status, wouldn’t have been too difficult to achieve. However it proved incredibly difficult to find photographs which were enough ‘like the type of images I would have taken’ for me to be able to move to the next stage. After an exhaustive search I managed to identify two very different types of image, one by the Glasgow Herald photographer Stewart Atwood which showed Margo relaxed and comfortable sitting in a garden and the other by Esme Allen which presented Margo in a far more ‘stoic’ and perhaps slightly formidable context.

Unable to decide which of the images were the stronger, in typical fashion I made things even more difficult for myself and ended up producing two paintings!

Perhaps not surprisingly the family decided that the softer of the two should be the one which would go into the parliament. This duly took place in September 2016.

I’ve made the point over and over again that the whole experience and the opportunity to be involved in something like this was an honour from start to finish. I’ve said also that its a huge ‘relief’ that the painting has been so well received given that I had never actually met Margo, and as such have had to rely absolutely on the reaction of those who knew her well to gauge whether or not I’d managed to get it right. From what I can gather I got it right!

The icing on the cake, from my point of view, is the fact that the painting is now situated permanently at the entrance to the members dining room in the Scottish parliament… at exactly the spot where Margo would often sit with friends discussing the days events, so the whole thing couldn’t possibly have come together any better.” 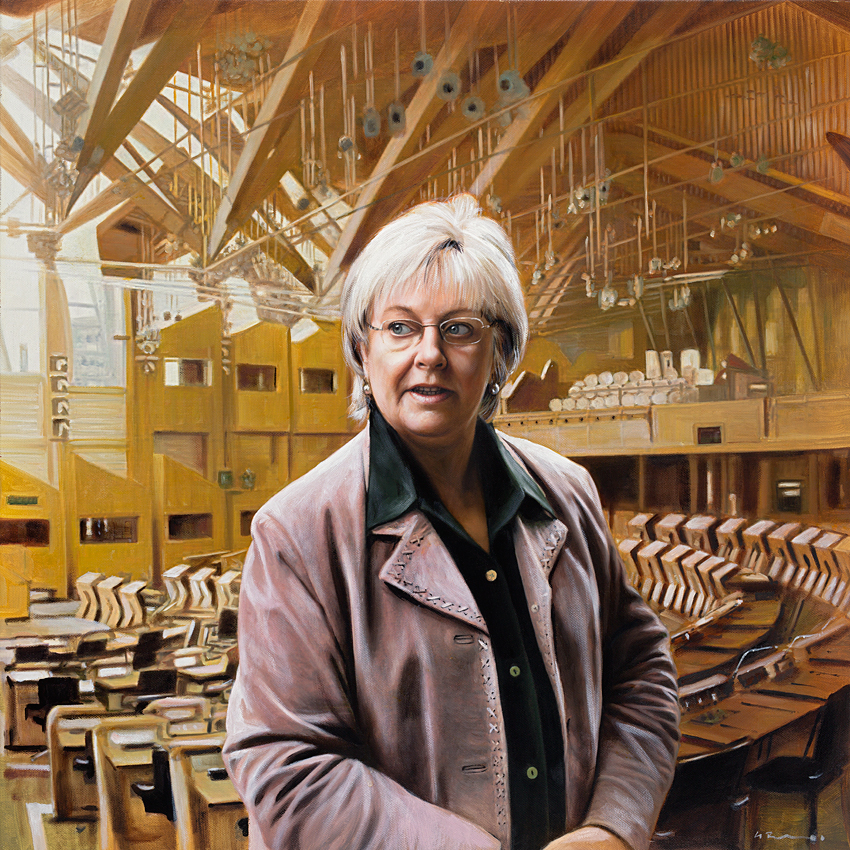 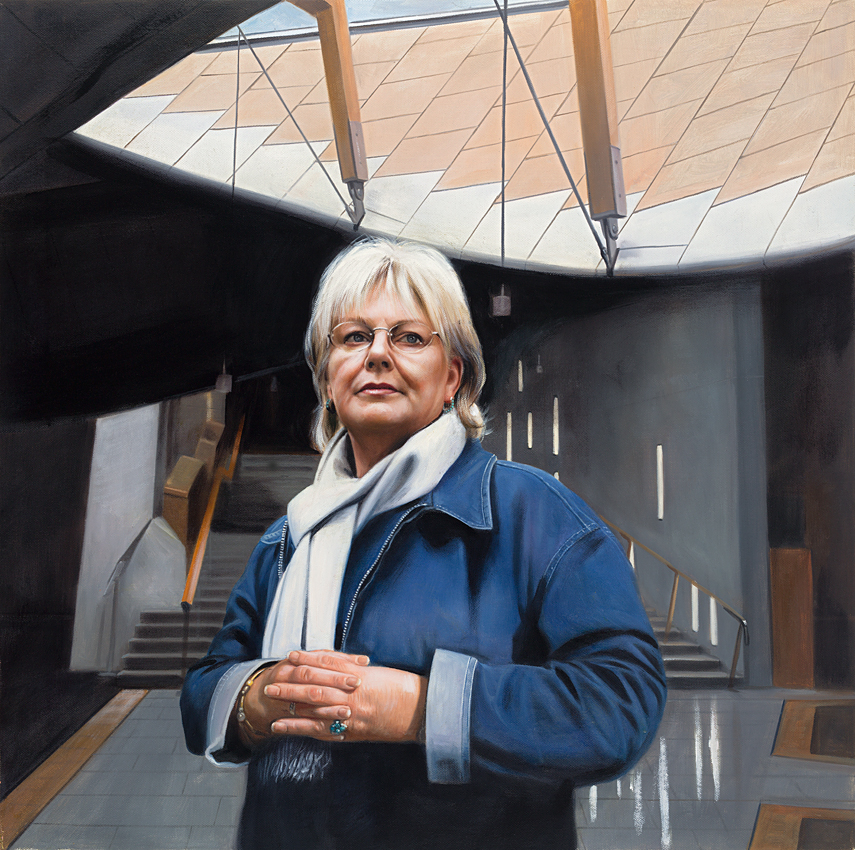 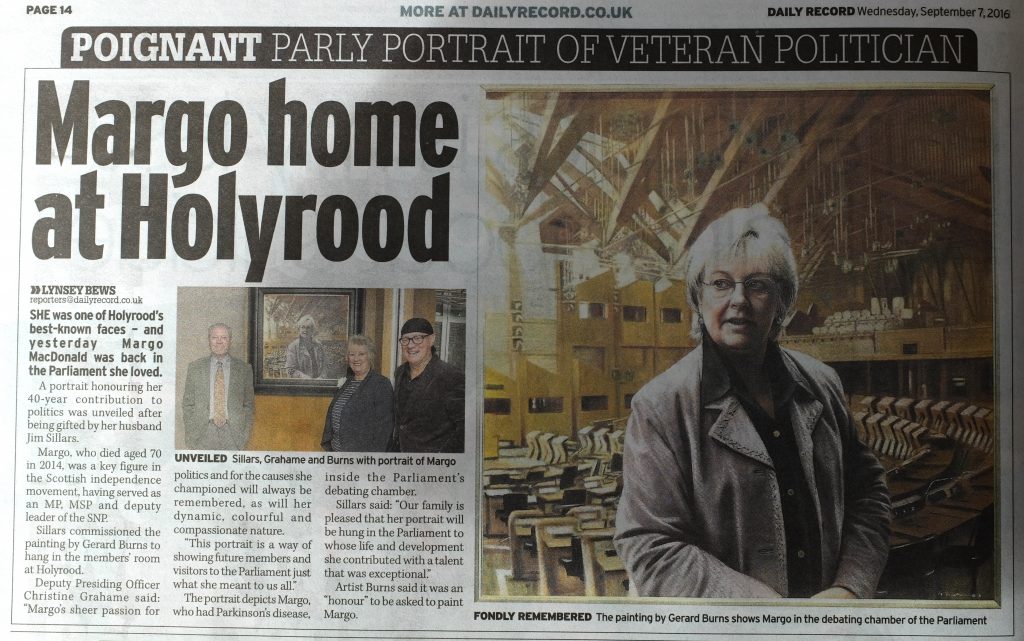 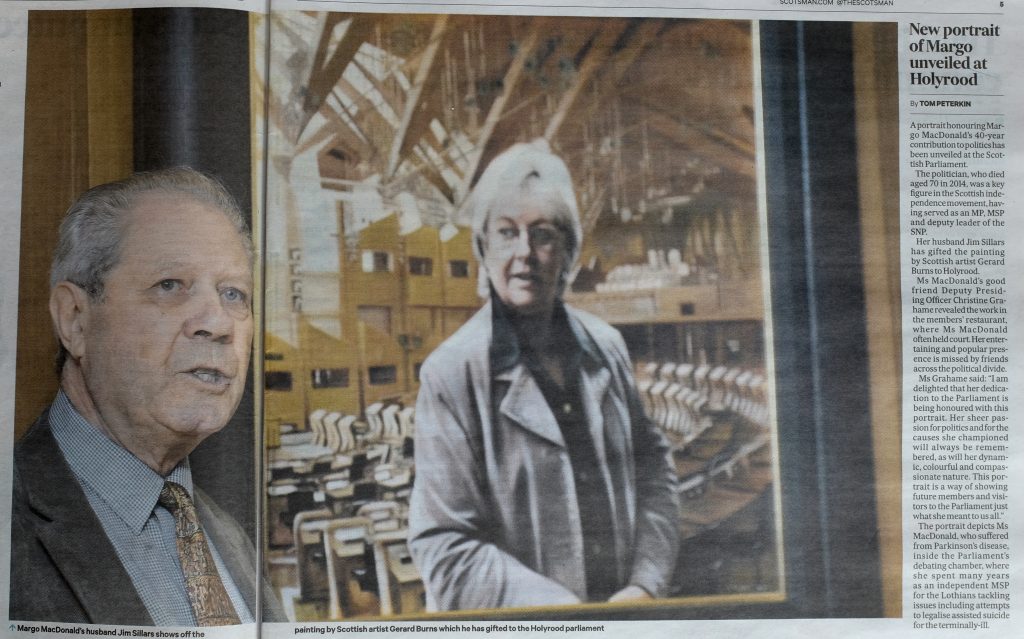 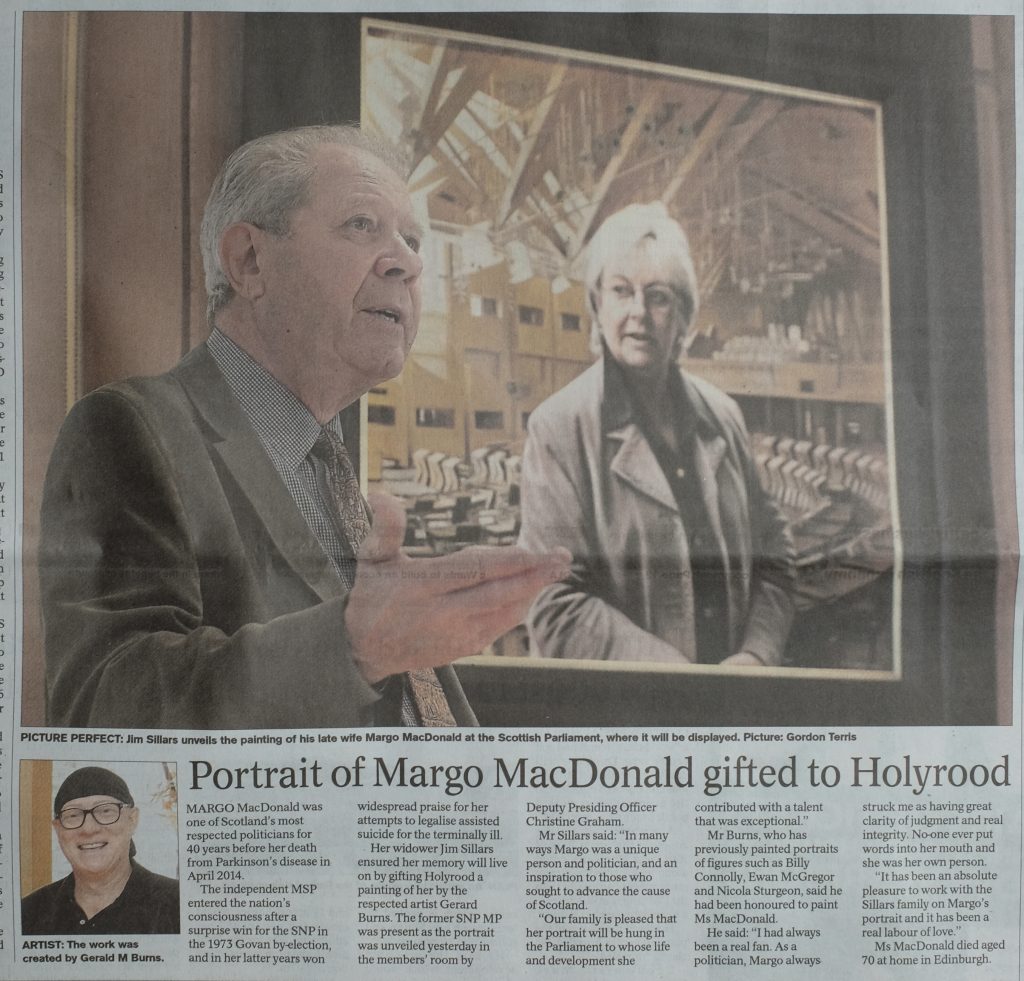 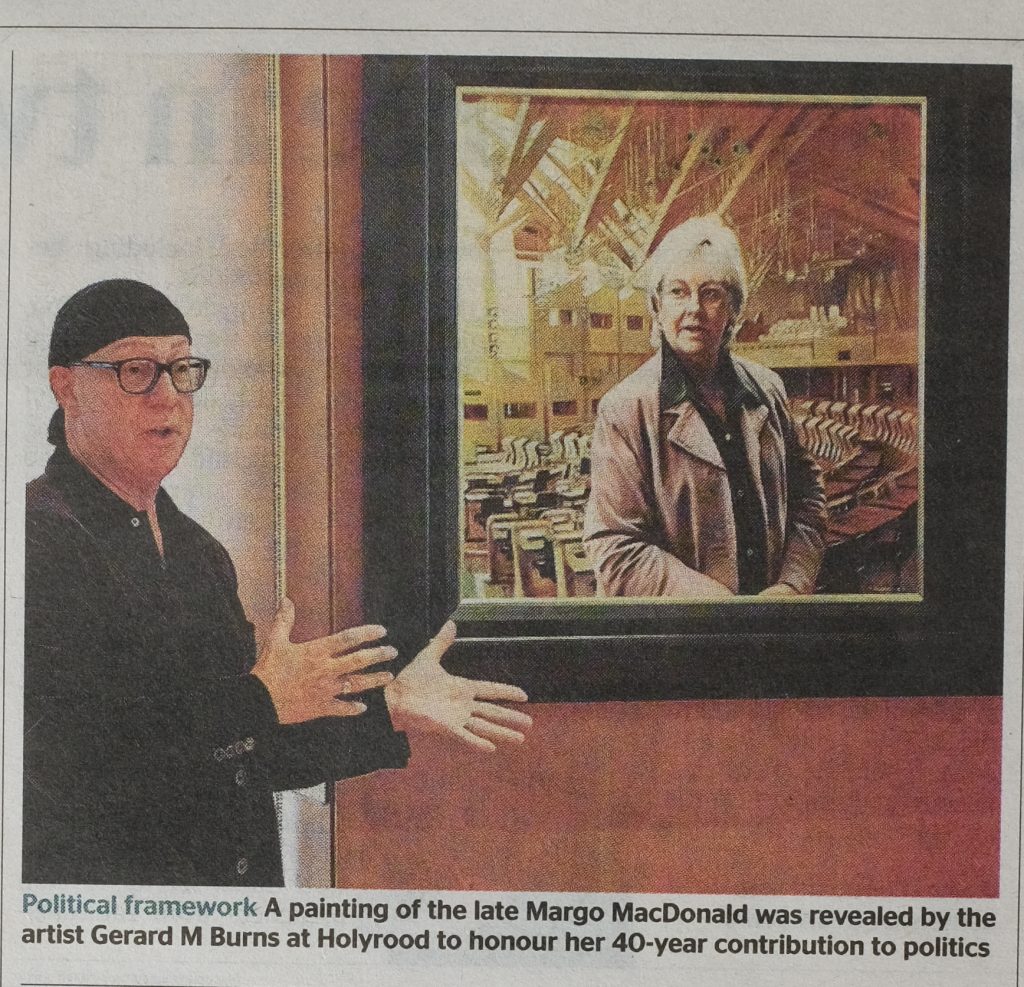