The Saltire has been synonymous with the work of Gerard M Burns for almost two decades. Most famous among the Saltire paintings is his 1992 painting, “The Rowan”, which features the artists youngest son Patrick holding a huge flag which dominates almost two thirds of the canvas. Framing the canvas are a collection of figures walking together towards some unknown destination and in the artists words ‘this was not intended to be in any way triumphal but rather was intended to be a solemn and considered procession.’ This painting achieved national and international prominence due to the fact that it hung behind the former Scottish First Minister Alex Salmond’s desk in the Scottish parliament for the duration of his tenure, and as such was photographed and filmed many times…..the images being beamed around the globe in newspapers, magazines and televisions (Arguably this painting is the most well known Scottish painting of the new millennium given the amount of coverage it received particularly in the lead up to the Scottish referendum in 2014). When asked why he started to paint Saltires, Burns answer is characteristically evasive:

“There was no political intention in the very first of my Saltire paintings, rather I painted the Saltire because I’m Scottish and because I simply love the shapes and colours of our national flag. As an artist one is constantly scanning, looking for the next thing or the next idea which will make it on to canvas and I became aware many years ago that every time I saw the Saltire either in photographs, in crowds or on film I was instantly drawn to it. So for that reason, somewhat selfishly, I decided I wanted to incorporate this visual element as much as anything else in to my paintings.”

Like may fellow Scots however, Burns was taken on a journey in the lead up to the independence referendum in 2014 and his paintings did take on an overtly political overtone. His own journey from a-political to nationalism was echoed in the artworks he produced. Its also fair to say that these paintings are now synonymous with that particular time in Scottish history. Irrespective of which side of the independence debate people were on these paintings would instantly have an association with that time and place in Scottish history. 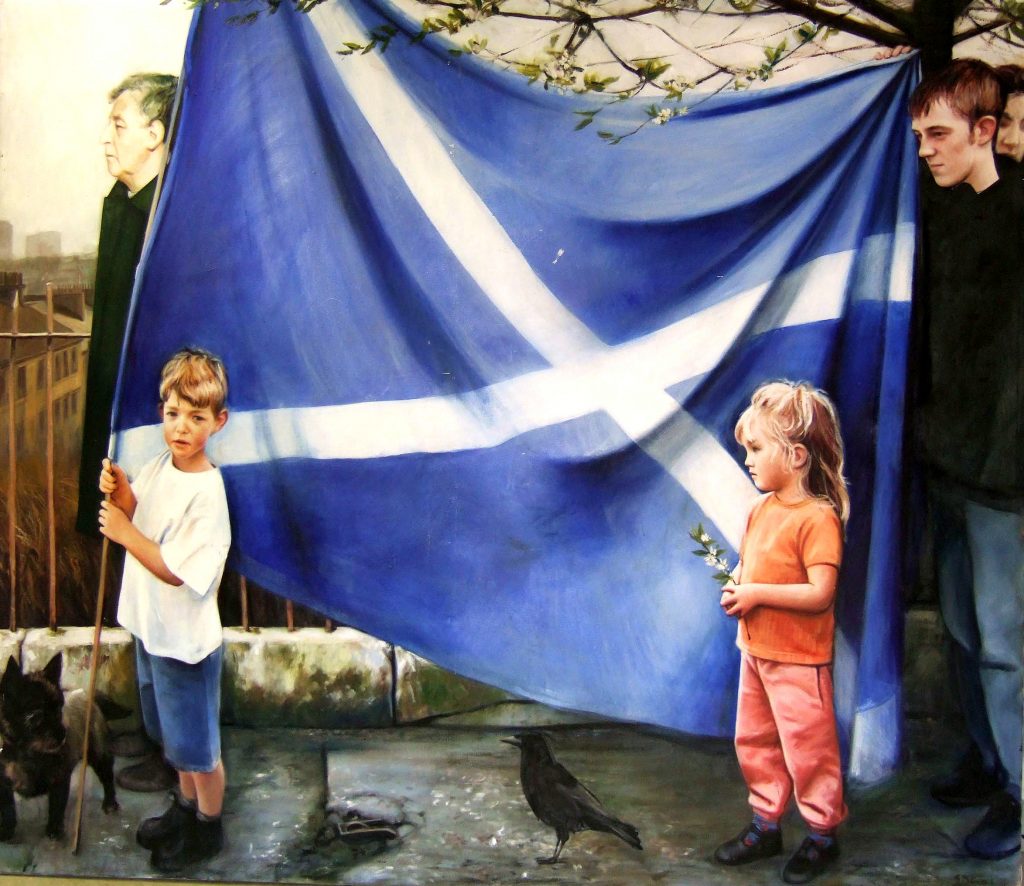 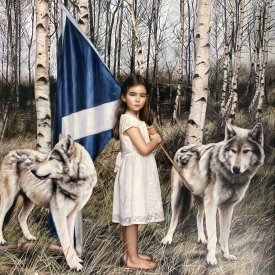 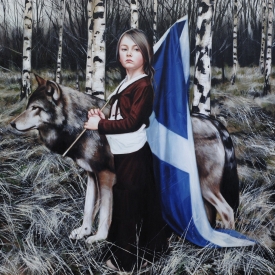 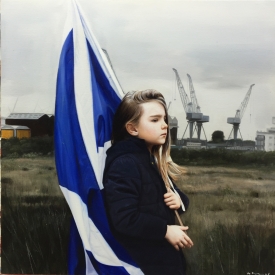 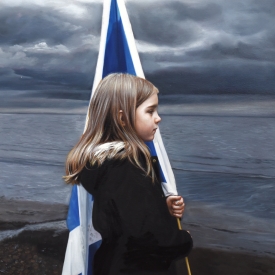 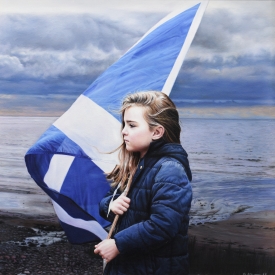 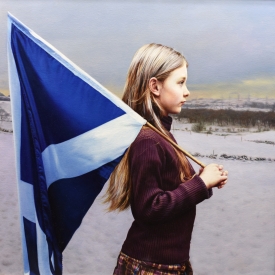 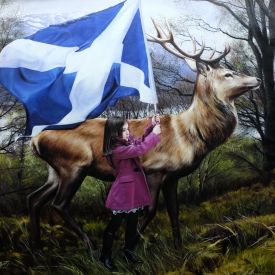 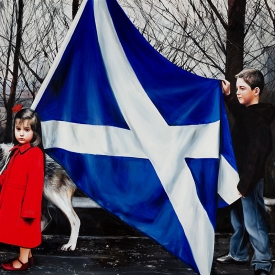 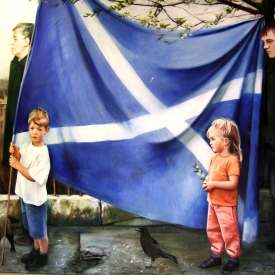 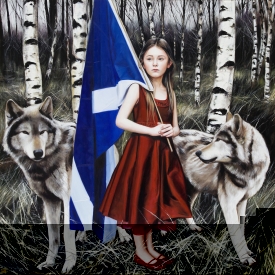 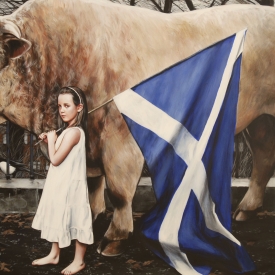 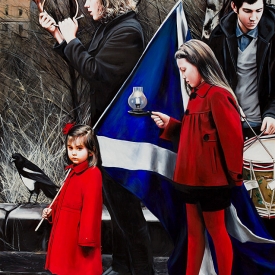 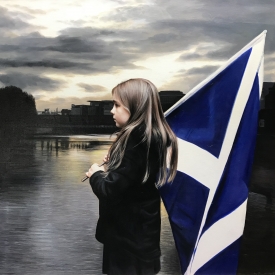 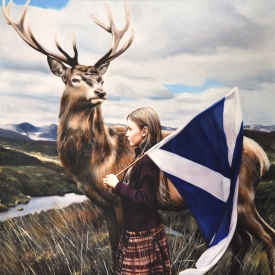 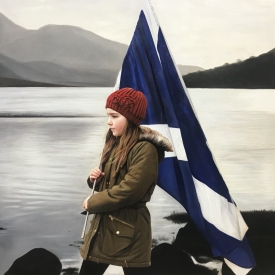 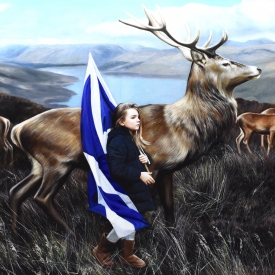 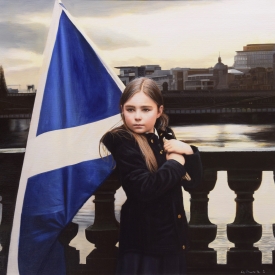