In many ways mythological subject matter in Art is suffering a somewhat similar fate to the religious subject. Only a tiny minority of the population now receive a classical education. Yet, amazingly these old stories still seem to be ingrained in the common consciousness. This lasting effect is no doubt attributable to their continued use in literature, art, and even film. Recognition of individual situations and subjects may be fading but their narrative power lives on.

“Great art is always a way of concentrating, reinventing what is called fact, what we know of our existence – a reconstruction.”

The trick is not so much to depict anecdotal incidents that were once regarded as fact; rather it is to create from them a meaningful pictorial fact. Myths, sometimes classical, sometimes national, and sometimes urban, have been harnessed by Burns for their symbolic and metaphoric impact. Occasionally his fascination with a particular myth makes it the sole subject of the painting, in which case the title becomes an important element in the viewer’s engagement with the work. Otherwise he mines the deep vein of mythology for the fundamental effect it can still exert on the human psyche. After all, these tales of Gods and Goddesses and their interactions with humanity, seem to go back further than time itself.

Acutely aware of the long tradition within which he works, he is selective, discarding some elements, heightening others, even occasionally adding new material. Ancient boundaries set by his predecessors are challenged to create a vehicle of expression more accessible to modern-day patrons. Indeed it is this ability to blend and weave elements of one genre with another that makes it sometimes very difficult to stylistically categorise his paintings. But that is no loss, as this skill, still developing, leads to a deeper richer experience for the viewer, who really cares not a g what category a painting is.

The main concern is the quality of the experience and with Burns that is a given. 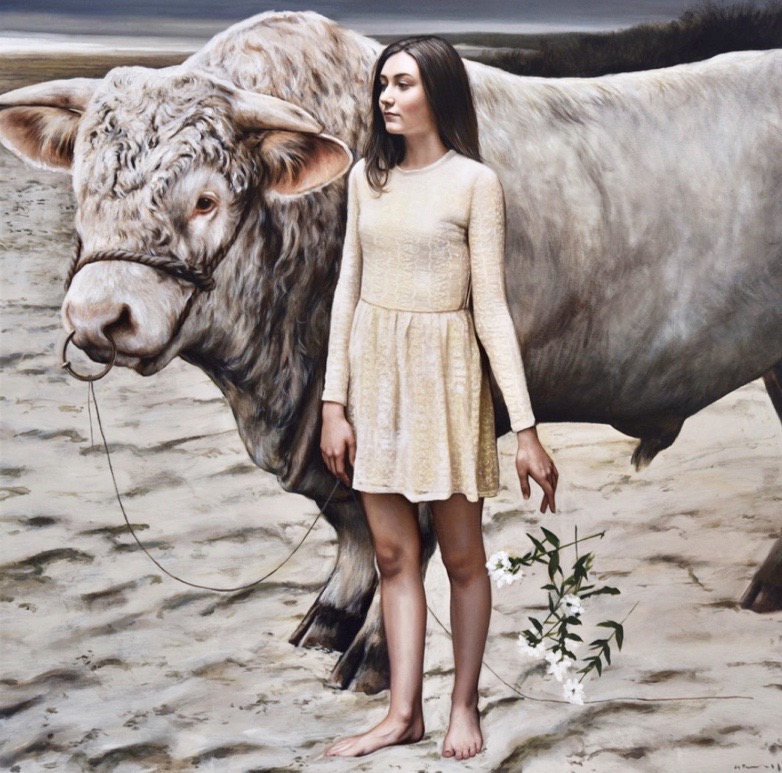 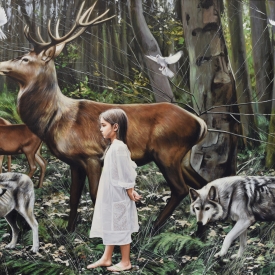 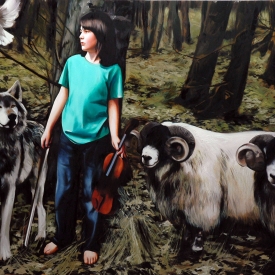 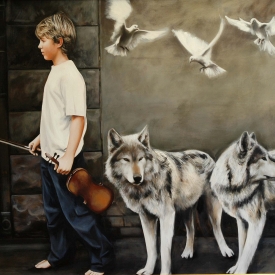 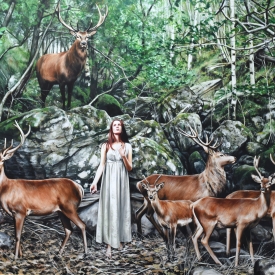 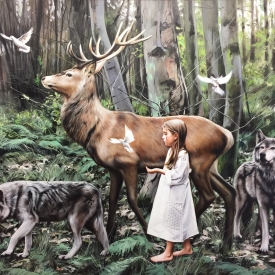 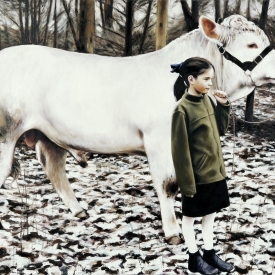 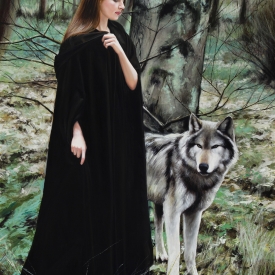 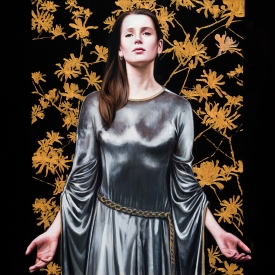 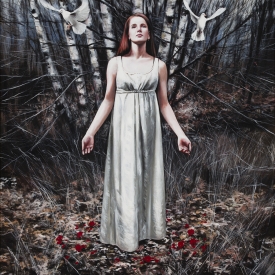 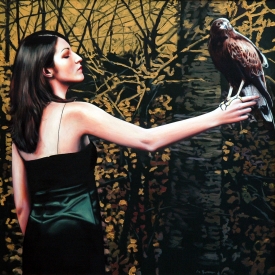 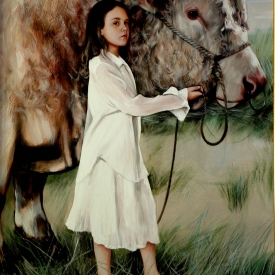 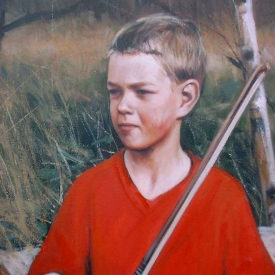 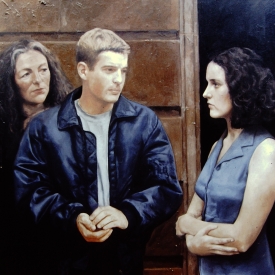 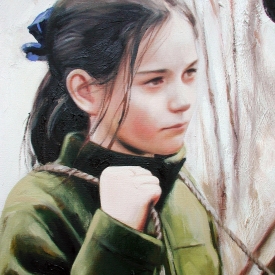 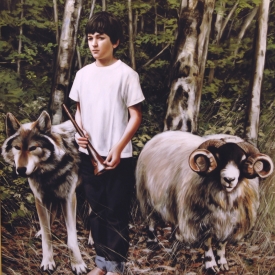 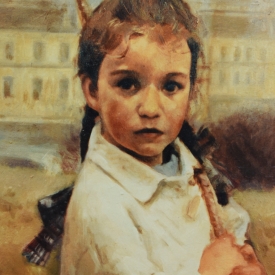 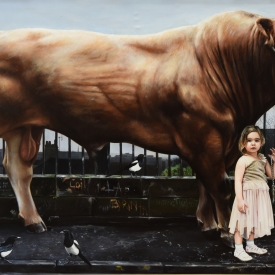 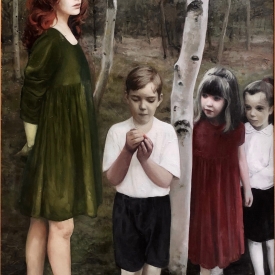 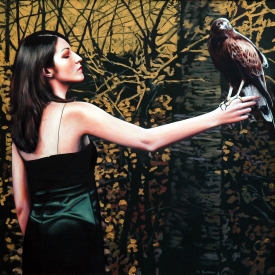 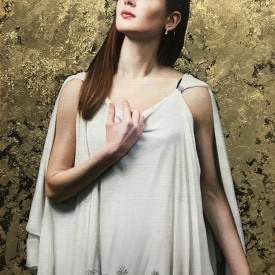 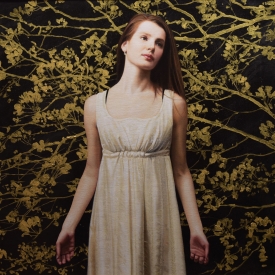 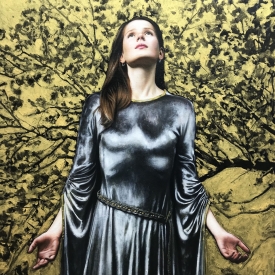 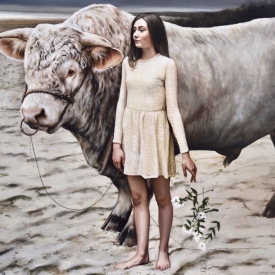