A man suspended high above the city, arms outstretched with palms either facing up or down… balanced precariously on a high-wire with bank notes swirling around. Not perhaps the most obvious subject matter but in Burns’ hands these elements are skilfully woven together to create a narrative which is a comment on our times…

The Balancing Act paintings first appeared almost two decades ago and were a direct response by the artist to a world he found himself spending more and more time in via a connection with new clients in London.

‘The paintings were  intended as a metaphor for the lives I saw around me, so much opportunity, so many hopes and dreams…. but disaster was always just a slip away. In these paintings I first understood  however that what the viewer receives is not necessarily always what the artist intends. In my own mind I intended these to be literally ‘balancing acts’, which were a comment on the precariousness of the lives I saw around me at that time. However for many people they symbolised other things, “release’ so that the figure rather than being balanced in the middle of the storm cloud of notes is instead actually throwing the notes…..for theres it actually represented a ‘Letting go” perhaps echoing their own lives at the point of retirement.

Whatever message people take from them the power of these images is impossible to ignore, indeed in exhibiting these paintings for the first time at the Toronto art fair my good friend Alan Loch, from the “Loch Gallery”, stated categorically that in 25 years of exhibiting paintings he had never had the reaction to any paintings that he received for these money pieces.’

The choice of model young or old obviously dramatically alters the subliminal messages being conveyed, however its fascinating to note that whether the city scape be Edinburgh, Glasgow, London, Toronto or New York the painting and the overall symbolism holds irrespective of the model or location.

Perhaps part of the power of the series lies in the fact these figure though anonymous, can be seen as every-man. Perhaps instead people are drawn to the money itself….or perhaps it is simply the overwhelming richness and complexity of the finished works, whatever the reasons the ongoing popularity of the works is without question. 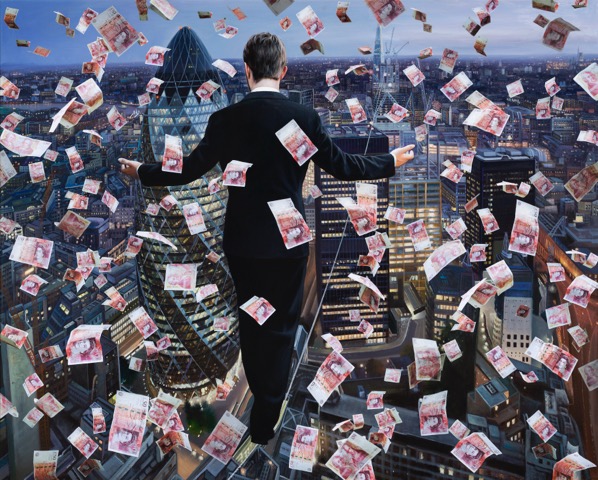 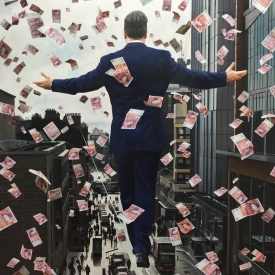 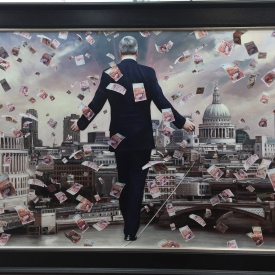 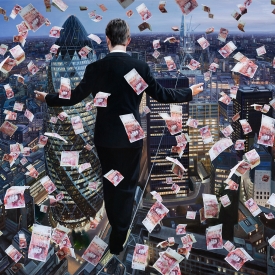 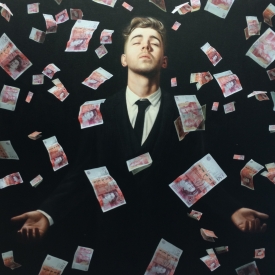 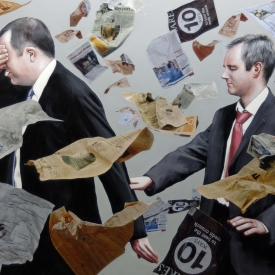 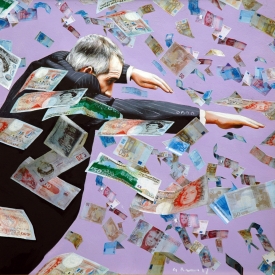 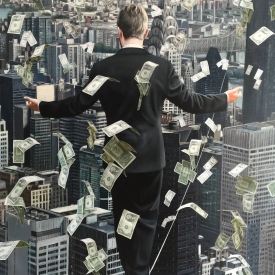 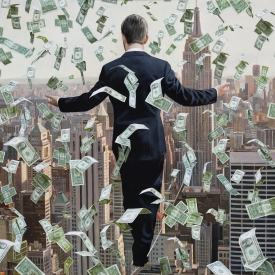 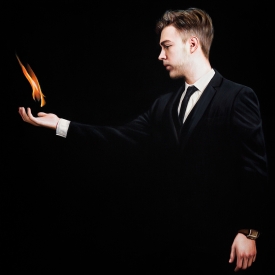 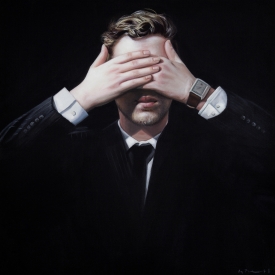 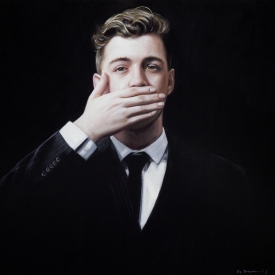 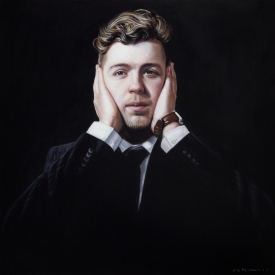 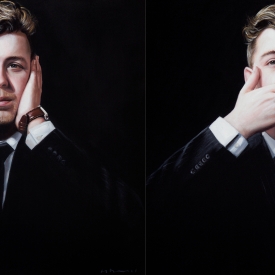