Rain and the City

Any good painting will draw the eye… but with Burns his art goes much further; it also has that element of ‘thrill’ where it pulls your mind and emotions into an active sensory play.

As always the subject and focus is people, however he cleverly suspends his individuals within a visual narrative, leaving the viewer to interpret what the individual represents. Where they are going, what they are about to do, or what they are thinking, cleverly creating a sense of movement and motion in his paintings. His subjects are often facing away or looking out of the side of the painting, helping to impart this sense of story or narration rather than a static moment in time,

For all Scots the rain is accepted as both a blessing and a curse, the bringer of life to these isles and the cause of both summer and winter misery. So the idea that any artist would wish to glorify this ever present element in Scottish life was to say the least received with some astonishment. Burns however has always maintained that if an artist is to truly find their own voice they must be true to what they see around them. Not for him the brightly coloured school of Scottish landscape painting with its lurid pinks blues and greens, rather he chose to work in the earthy tones which reflect the environment in which he lives. The resulting paintings have taken on an almost iconic significance evoking for many people a sense of time and place in their lives.

‘When I go in to the city after it has been raining, for me, the light is amplified so that not only do we have light above coming from the sky, we also have light reflecting up from beneath our feet from the pavements. The inclusion of the red coats originated specifically from a chance encounter with a friend i met in the city who happened to be wearing a bright red coat in this otherwise tonal environment. The contrast was overwhelming and I recognised it as a basic Scottish ‘trait’ where if in this tonal environment’ we want colour we have no choice but to add it ourselves’ 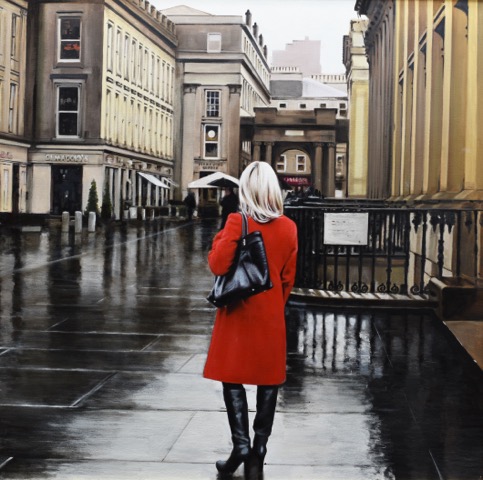 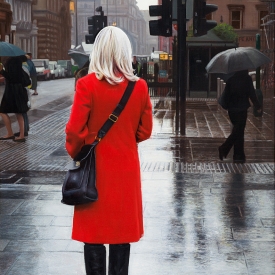 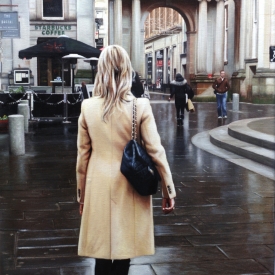 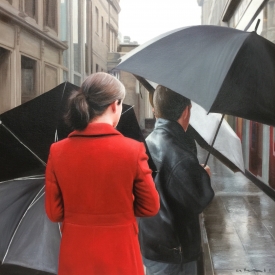 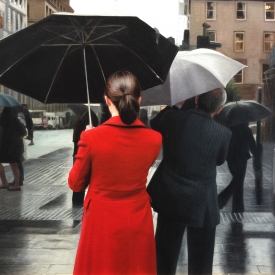 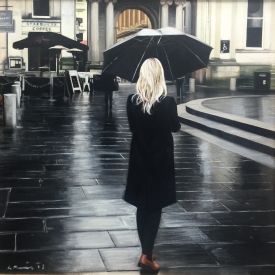 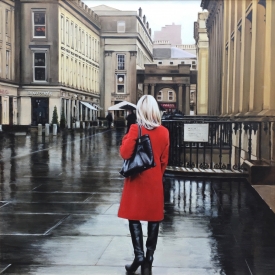 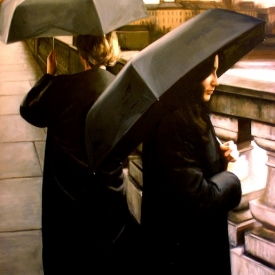 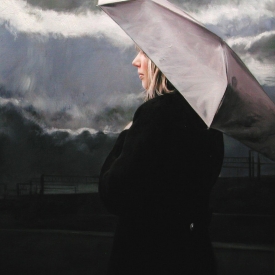 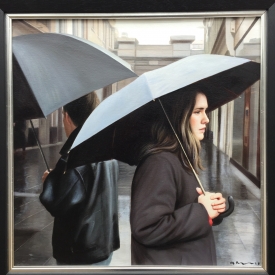 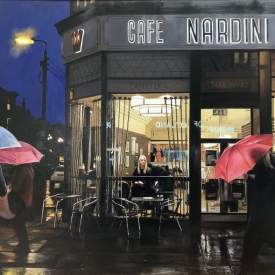 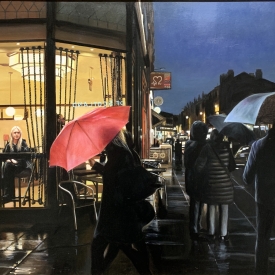 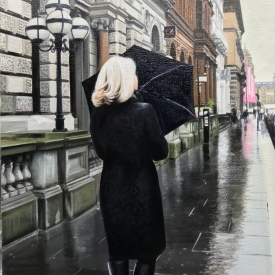 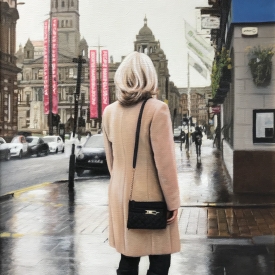 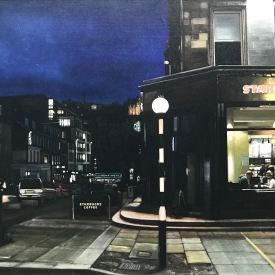 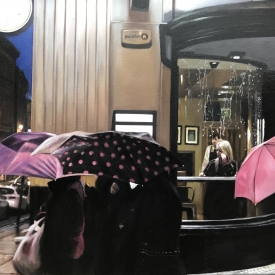